Natural Wonders of the Western USA. 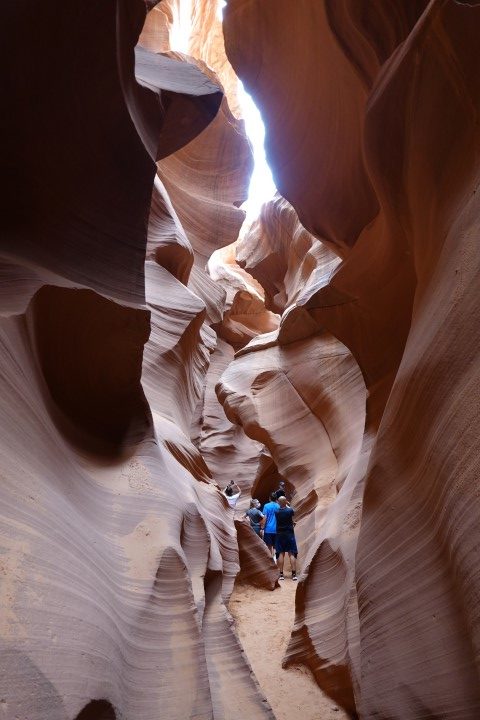 Our 4 week family holiday started in San Francisco and finished up in San Diego, ~ 3,000 miles in all.  We ticked off a whole string of bucket list sights along the way (in Yosemite and Sequoia National Parks, Las Vegas, Antelope Canyon, Monument Valley, Grand Canyon and LA).  These were some of the highlights.

With Death Valley closed due to flooding (in August…) we rearranged our route to drive south from Yosemite on the western side of the Sierra Nevada mountains, stopping off in the Sequoia and Kings Canyon National Parks along the way which are home to some of the biggest trees in the world.  The General Sherman (a Giant Sequoia, which we now know is not the same as a Giant Redwood…) is the biggest of them all is a staggering 11m in diameter and thought to be about 2,500 years old.

Monument Valley is part of a vast reservation given over to the Navajo Nation (the largest American Indian tribe).  It has its own time zone – and its own tourist taxes.  The area has been used as the set for any number of classic western movies and the rock formations are spectacular – particularly when set against the deep blue desert skies.

No trip to Monument Valley would be complete without a visit to Forrest Gump Point, the long, straight road (with the mesas in the background) where Tom Hanks famously stopped running and decided to go home.  You have to rush out into the road between cars to take your photos – though the hardest part is dodging all the other tourists doing exactly the same thing!

Antelope “Slot” Canyon will be familiar to Apple Mac users as the source of many of their screen saver pictures.  Barely visible from the surface, a natural fault in the rock has been opened up by wind and flash floods into an incredible series of passageways where the layered orange and red rocks seem to flow around you.  We visited three parts of the canyon (Upper, Lower and X) and each has a different character.  Unfortunately you can only visit on organised tours, and are very much herded through, but it is definitely worth putting up with that to see the canyon.

The Grand Canyon runs for almost 300 miles, and we chose to see it at Horseshoe Bend (near Antelope Canyon) and at Grand Canyon Village on the south rim.  Horseshoe bend is a natural meander in the Colorado River and looks completely unreal when you first see it, like a giant painting.  We stayed near the hand rails, but there were no end of people doing hand stands on the unguarded areas with a 1,000 ft sheer drop below.

The south rim is very different, and the canyon in this area is about 5,000ft (about a mile) deep and 10 miles wide.  A hike to the bottom (and back) takes about 7 hours and is not for the faint hearted!  We hired some bikes and cycled along the rim to Hermit’s Rest, then took a fabulous helicopter flight over the canyon (complete with Indiana Jones music) in the afternoon.  This gives you a real feeling for just how huge the canyon is and even our nervous flyers (who the pilots are used to putting at ease) really enjoyed it.  Once they had stopped shaking that is.